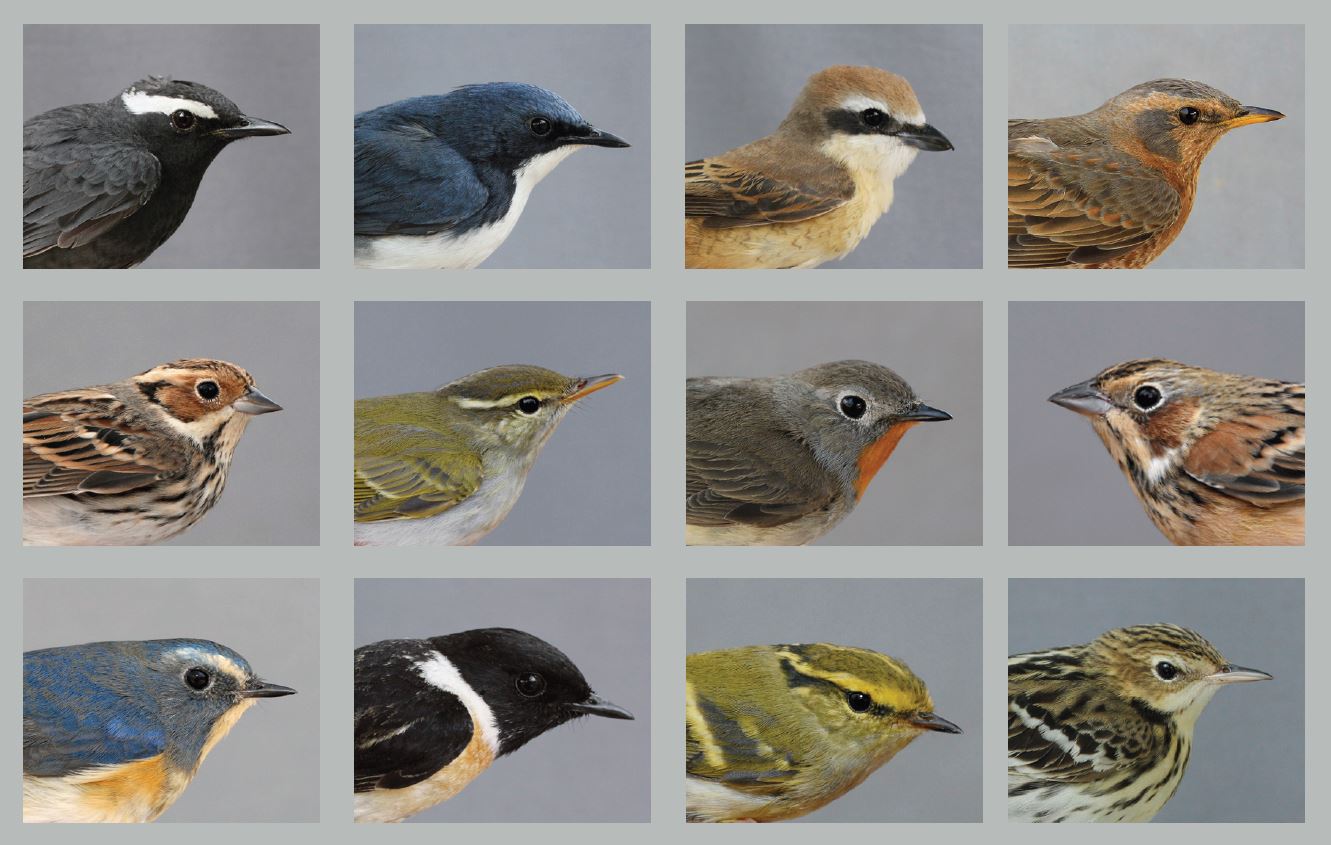 “A landmark in East Asian ornithology, an extremely detailed and useful guide to ageing and sexing of several passerines of this region. Clear layout, pedagogic text profusely illustrated with numerous photographs makes it easy to recommend this book to all interested in bird ringing or identification of rare birds.” /Lars Svensson

Originally recognised for the migration of cranes, the small town Beidaihe, just south of Qinhuangdao along the coast of the Bohai Sea, is nowadays a well-known bird watching hotspot. The Bohai coast is situated in the centre of the East Asian–Australasian flyway, with great importance for the migration of seabirds, waders and raptors. Additionally, most of the migrating passerine species in Central and Eastern Siberia winter in southeast Asia, and congregate along the coastlines. In other words, the area is well suited for studies of East Asian bird migration. 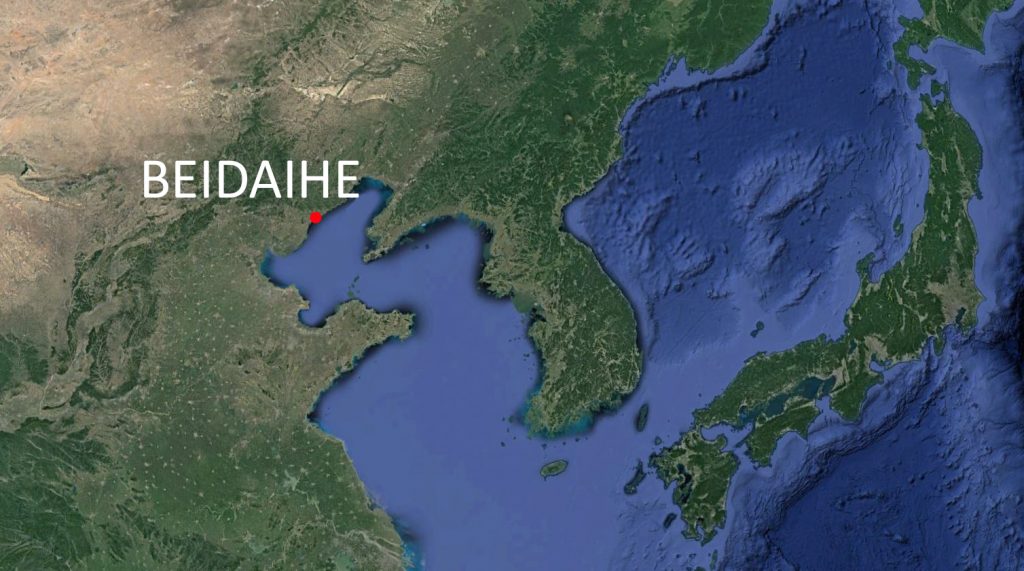 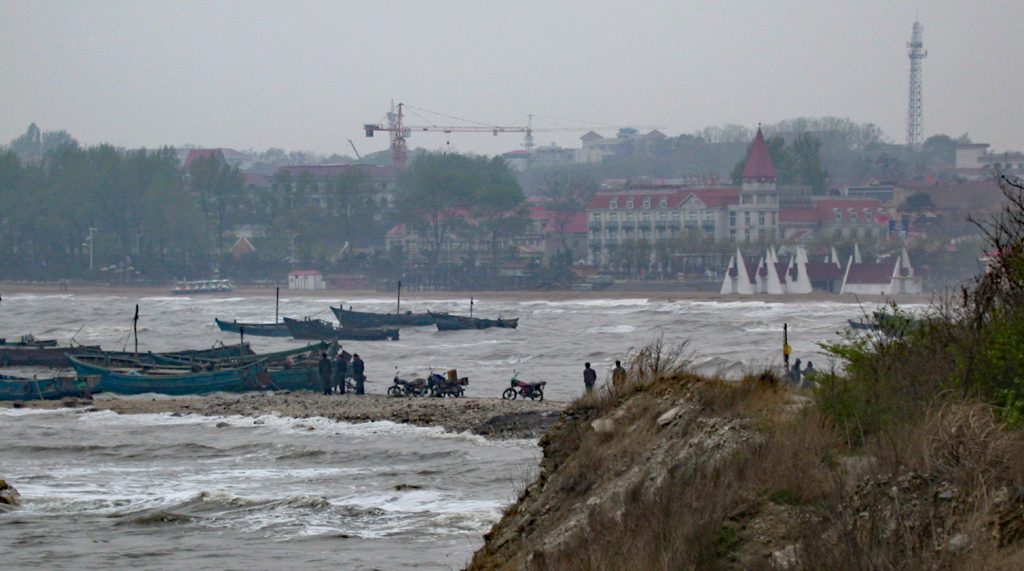 The story behind this publication began in 2009 when Bo Petersson, a dedicated Swedish bird ringer, got the opportunity to visit Beidaihe Bird Banding station. During Bo’s visit, the National Bird Banding Centre of China (NBBC) arranged a workshop where Bo was invited. Eventually, this resulted in the initiation of a collaboration project between the NBBC and the Swedish Bird Ringing Centre at the Museum of Natural History in Stockholm. A number of workshops were held and, after receiving funding from the Swedish International Development Cooperation Agency (SIDA), Swedish ringers got the opportunity to spend two full years at Beidaihe, working alongside visiting Chinese ringers from the about 40 bird observatories distributed across the country.

All along, photographs of instructive birds were taken for use during indoor lectures. But in 2012–2013, when Marcus Danielsson spent two springs, and Gabriel Norevik two autumns at Beidaihe, the photographic work was extended and intensified. During these years, the collection grew to >60.000 images, and our thoughts of producing a guide for the Chinese ringers was awakened.

Today, seven years later, the book is back from the prints. With over 400 pages and 1400 photos it eventually turned out a bit more comprehensive than originally planned. This is partly due to the fact that we chose to make it bilingual, but also because of our unrestricted inclusion of as many photos as we felt necessary, in order to guide the reader through the identification processes.

Moult – turn a curse into a blessing

The mere term moult may be a severe turn-off for many bird watchers, but with some basic knowledge it opens the doors to new dimensions making bird watching even more fascinating. In addition, the focal group of this book – the passerines – follow rather strict rules that are easy to learn. Our ambition has been to create a guide that would serve as an aid to both the ringer and the field birder. This is not an easy task but, in our opinion, the key to doing so is to manage to explain the concept of moult in a way that anyone can understand. As soon as you reach the insight of how different moult patterns affect the plumage – the moment when you hack the system – the pieces fall into place and it all make sense. It’s usually a pure aha-experience, and it doesn’t take more than a single lecture to reach that point.

Having said the above, we recommend the readers of the book to start with the chapter Moult & ageing, found in the introductory. This chapter gives the foundation to discussions that follow in the species accounts. We have tried our very best to keep the chapter as short and easy-to-understand as possible, without leaving any vital information aside. This means that we have focused on the broad strokes of the system and, fully intentionally, have avoided to go into too much details and exceptions. We hope that it will be useful as a practical and hands-on introduction to anyone that wants to learn about ageing passerines.

So, what species are included? To start with, we were limited to the species that occur in Beidaihe. Secondly, we have chosen to include passerines only, since they follow the same basic principles when it comes to moult patterns. Thirdly, sufficient numbers of trapped individuals were required in order to be able to present all (or at least most) age and sex categories during both autumn and spring. Since we only had a short period of time on our hands (more or less two years), this proved to be rather difficult for a few species. Luckily, we received valuable help from Gaofeng Bird Banding Station in the province of Heilongjiang, in order to increase the number of photo documented individuals of a certain age and sex category. For example, the chapter of the Siberian Blue Robin, a species with two annual moults, needs to present both adult and young male and female in both autumn and spring (in total eight categories) in order to sufficiently cover the plumage variation. And preferably, the photos should also reflect some individual variation and different stages of wear. A lot of effort was put into covering the variation but, still, a number of species had to be excluded because of too small sample sizes. Eventually, a total of 62 species were included. A few of them are common breeders also in northern Europe, and yet a few are more or less sedentary in east Asia. But the vast majority are migrating species of Siberian origin, occurring in Europe and North America in a vagrant context.

This guide is primarily about ageing and sexing. Today, there is a wide range of books and papers that cover the identification on species (and subspecies) level, but very few that go further than that. Because of this, we opted to concisely summarise the species identification, giving more space for moult, ageing and sexing sections. For a few species that caused identification issues among the workshop participants, we choose to include appendixes providing additional photographs and text.

Before the first workshops were held, we put an effort in summarising the moult patterns of the species we were expecting to handle. Available literature was scanned through, and in many cases good and reliable information was found. However, in surprisingly many species, such data was either conflicting, seemingly unreliable or all together lacking, prompting the need to build our own data set. For the 62 species covered in the book, we collected data from a total of 24496 individuals (c. 60% from autumn and c. 40% from spring). From these totals, photographic documentation was collected from 3270 birds (see table 1 below). These became the data sets that we had to learn from. In most species, our birds confirmed previously published information on moult strategy and criteria for ageing and sexing, but in quite a few cases new knowledge was forming. For example, did you know that young Yellow-breasted Buntings regularly includes some primaries in their post-juvenile moult? Or that some Brown Shrikes can be aged as 2cy also during autumn? Or that young female-type Chestnut Buntings are possible to sex based on the pattern of the wing-coverts?

Sure, the book is written primarily to serve ringers and is illustrated with photos of birds in the hand. However, as mentioned above, it is our firm belief that it should serve as a valuable resource also for the dedicated field birder. With the unprecedented development of field photography, much of the ‘extended’ bird watching, including ageing and sexing, is nowadays conducted comfortably at home in front of the computer screen. With a digital camera and a telephoto lens, plumage details of smaller passerines are often possible to document for further explorations and discussions after the field trip. Of course, ageing most Siberian Phylloscopus-warblers in the field is not doable, but it actually is for some of them! And the same applies for many robins, thrushes, flycatchers, pipits, buntings and other species as well. Hence, in our view, anyone with an interest of the identification of the treated species will be happy for this publication.

East Asia is a rapidly developing and urbanising part of the world. There are, of course, socially positive sides to this, but it has also come with a great cost for the environment. Loss of habitat and loss of biodiversity are two enormous threats for future generations. Building capacity in the Chinese ringers is to help bird conservation all over East Asia. Bird ringing is an old method dating more than 100 years back, but in China the first birds were ringed as late as 1983. Despite being an old method, there are many reasons to keep going. Our nature is not static – new behaviours are developing among our birds in order to adjust to our changeable world. Wintering areas and migration routes may change for several reasons, and there are many examples all over the planet that the bird’s life cycles are being adjusted as a result of climate change. Other good reasons to continue ringing is to keep record of basic things such as mapping of irruptive movements, quantifying death causes, breeding successes, winter survivals, moult studies, fat depositions and also to keep ongoing transfer of knowledge on ageing and sexing. Traditional large-scale ringing is the only method that gives us representative data in these matters. Data that is vital for our ability to protect and conserve.

Naturbokhandeln is owned by BirdLife Sweden, and any revenue will be directed to their conservation work. They ship to Belgium, Denmark, Estonia, Finland, France, Latvia, Lithuania, Luxemburg, Netherlands, United Kingdom, Sweden and Germany. For other shipping destinations, see for example NHBS or other book stores closer to you. The book is published by Avium Förlag AB and resellers interested in placing an order are adviced to contact the publisher.

Table 1. Total numbers of birds handled/photographed within the project. Only the 62 species included in the book are shown. (Best viewed on computer screen).